From nights out with friends to office parties, alcohol is often a central part of a person’s social life.

When you’re out enjoying yourself, you’re probably not thinking about what alcohol is actually doing to your body. Sure, you know it’s bad for you. But do you know why?

Our experienced GPs are here to highlight the short and long-term dangers of drinking too much and help you make sensible choices about your alcohol consumption. 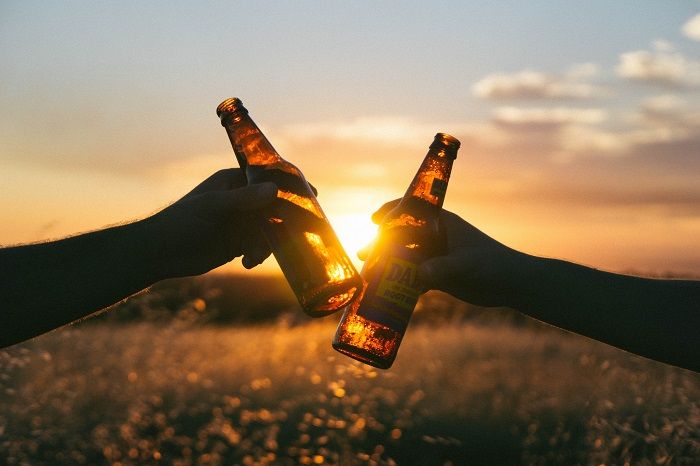 What are the short-term effects of drinking?

Chances are, if you’re reading this, you know the short-term effects of alcohol all too well.

These are things you notice during your drinking session, or when you’re nursing your hangover the next morning. But why do they happen? Let’s find out.

Alcohol affects your central nervous system, and one of the first areas where you’ll feel this is in the part of your brain responsible for your behaviour and emotions.

This means that as the night wears on, you’re more likely to do something that you’ll regret later. You might start buying expensive cocktails, tell people what you really think of them, or have unprotected sex.

In some cases, you could even end up making a choice that puts your life at risk.

In other words, falling over.

As you consume more alcohol, the neurotransmitters in your brain take longer to pass messages around, so your reaction time gets slower. When this happens, you’re more likely to misjudge a step or simply fail to stay in a straight line.

After just a couple of drinks, your vision will start to get a little fuzzy too. Not being able to see where you’re going will make you even less coordinated.

The more alcohol you drink, the more you’ll notice your speech begin to slur. At first it’ll just be the odd word here and there. However, with each drink you’ll find it a little harder to finish your sentences.

As with your coordination, because your brain is responding more slowly, it can be difficult to get a response from the muscles required to form words.

With your inhibitions lowered, you’ll also probably feel less embarrassed by getting words wrong. This means you’ll carry on chatting away even as the slurring gets worse, so it’ll be more noticeable to those around you.

When you drink alcohol, your stomach lining becomes irritated. Forcing it to deal with a large amount in a short space of time can bother your stomach so badly that you get acid reflux, or even throw up.

Alcohol also makes your gut work faster than normal, particularly if you didn’t eat before you started drinking. Normally, your gut absorbs water into your body as waste passes through it. When alcohol gets involves, there’s no time for that. A short bout of diarrhoea is the result.

This one can be quite confusing. After all, you’ll often treat yourself to a huge lie-in after a night out. Why isn’t a nice long sleep enough to put you back on top form? The answer is that quantity is not the same as quality. 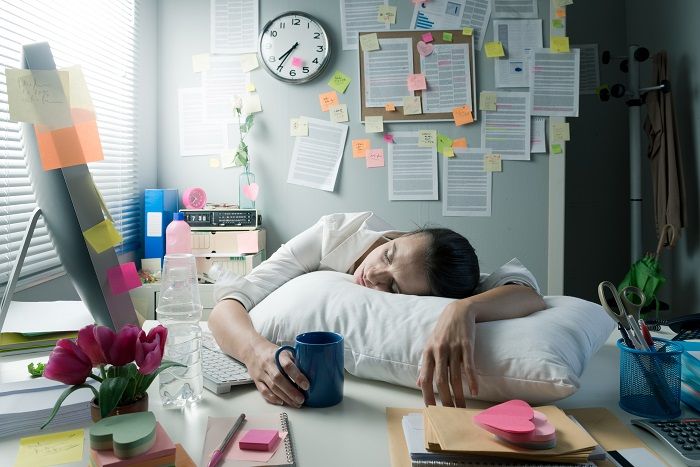 6. Needing to pee all the time

Alcohol suppresses your body’s production of a hormone called vasopressin, which would normally tell your kidneys to reabsorb water into the body rather than pass it along to your bladder.

Not only is this a bit annoying when you have to rejoin the toilet queue for the tenth time, it will also leave you dehydrated and make your hangover worse the next day.

It also shows why it’s a good idea to drink water during the evening. It might seem counterproductive if you’re already going to the toilet a lot, but it’ll definitely help in the battle against dehydration.

What about the long-term effects?

Here’s where it starts to get a bit more serious. Unsurprisingly, drinking more than the recommended weekly limit of 14 units over a number of years can have consequences for your health.

You might not notice these today, or even tomorrow, but as the months and years go by, your risk increases.

Here’s what you need to be aware of. 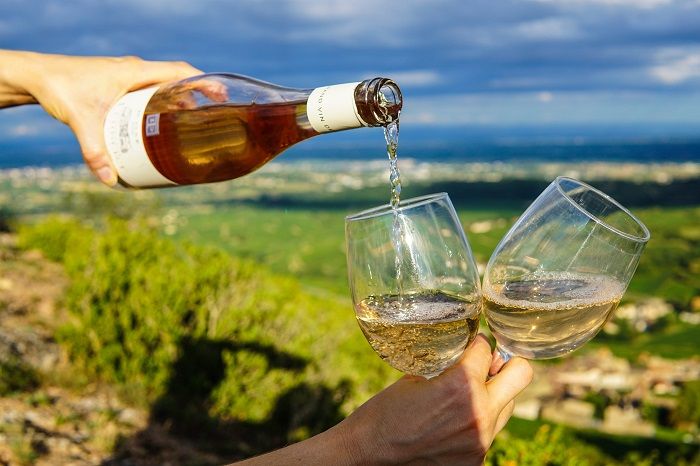 Alcohol is very high in calories. These don’t provide any nutritional value, so your body can’t use them.

Your body will always prioritise getting rid of empty calories first. This means that lots of other important processes have to wait, including burning off fat.

So, while your body is busy getting rid of the calories from all the alcohol you’ve drunk, any excess fat has nowhere to go but your waistline. Hello, beer belly.

Let’s not forget that many people also crave a greasy takeaway after a night of drinking. That’s not going to help either.

The dehydration caused by a night of drinking has many negative effects on your body, but your skin is one of the most visible.

If you’re dehydrated, it’s likely that you’ll get dry skin, which can occasionally lead to further skin problems. If you regularly fall asleep before you take your makeup off, this can clog your pores and trigger conditions such as acne.

Regularly consuming more than the recommended weekly limit of alcohol has been linked to high blood pressure.

This can damage your arteries and puts increased strain on your heart, which increases your risk of stroke and heart disease. This is even more likely if you’re also overweight, don’t get enough exercise or have a family history of heart problems.

Alcohol is a depressant. Over time, it can alter the chemical balance of your brain and lower your mood.

It can change your perception of events to make things seem a lot more negative than they are. For people who feel they need a drink in order to relax, it can quickly become a vicious cycle.

Long-term heavy drinking can also affect your performance at work and have a negative impact on your relationships. These events can also contribute to feelings of stress, anxiety and depression.

When it comes to processing the alcohol you drink, your liver does most of the work. Of course, it’s not invincible, and years of dealing with large amounts of alcohol can eventually lead to cirrhosis.

This is a very serious form of liver damage that prevents it from working properly.

While cirrhosis doesn’t always cause symptoms in the early stages, you should see a doctor if you notice symptoms such as:

Cirrhosis can’t be cured, but treatment can slow the damage down.

According to Cancer Research UK, alcohol is responsible for around 4% of cancer cases in the UK.

There is no specific limit or type of alcohol linked to this. It’s simply a proven fact that regularly drinking more than 14 units a week increases the risk of mouth, throat, breast or bowel cancer.

Naturally, the risk is greater if drinking is combined with other factors, such as smoking, a poor diet or a family history of cancer.

How long does it take for alcohol to leave your system?

It takes about an hour for your liver to process one unit of alcohol. To put this in perspective, a pint of strong lager or a large glass of wine contains around three units.

You get drunk because you drink more than your body can process in time, which causes your blood alcohol concentration to rise. Once you stop drinking, it will take roughly one hour per unit you’ve consumed for all the alcohol to be out of your system.

There’s no way to speed this up. Even the stuff that you normally do to take the edge off your hangover won’t mean that alcohol leaves your system any quicker.

To drive or not to drive?

With this knowledge, you can work out whether or not you’re legally able to drive. While most people recognise that driving home from a night out is not an option if you’ve been drinking, it’s important to exercise the same level of caution the next day.

If you’ve had a particularly heavy night, there will still be a lot of units floating around your system even after you wake up. For this reason, it’s probably a good idea to leave the car where it is for a while.

Why do some people get drunk faster than others?

There are lots of factors that can influence how quickly a person gets drunk.

We know this is a controversial issue, but there is some science behind it, so bear with us.

Men generally have more muscle tissue than women. Muscle contains a lot of water and very little fat, which is useful as it dilutes any alcohol consumed.

Studies have also shown that women have lower levels of alcohol dehydrogenase, the enzyme that the liver uses to break down alcohol.

Of course, none of this applies to all men or all women. It’s just one of the possibilities at play.

People often seem better able to handle their alcohol as they get older.

Is this as simple as ‘practice makes perfect’? As it turns out, it might be. While no study has been able to prove it yet, it’s thought that once the liver is exposed to alcohol, it adapts over time and gets better at coping.

3. Whether you ate beforehand

Despite what you might have heard, eating isn’t cheating. In fact, if you line your stomach beforehand, it’ll take longer for alcohol to be absorbed into your system.

This means you’ll feel the effects gradually, rather than feeling light-headed after your first drink.

Can alcohol ever be good for you? 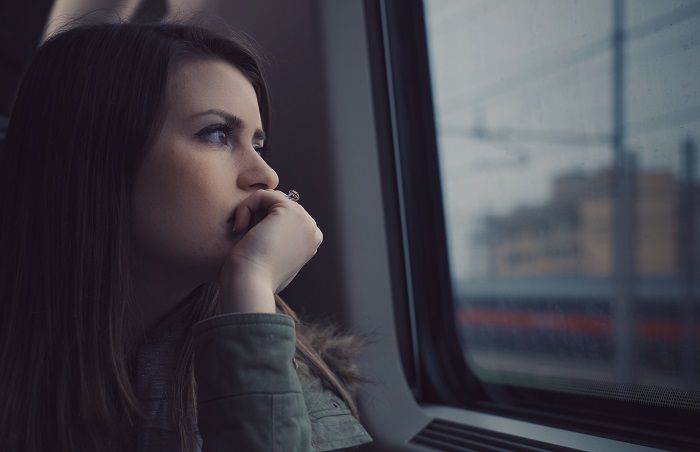 Some studies suggest it can. In particular, red wine is often cited as good for your heart, and indeed it’s an important part of the Mediterranean diet, which is one of the healthiest in the world.

It has also been claimed that the antioxidants in some drinks can help lower your chances of catching a cold.

However, the important thing to remember is that any study making these claims is always very clear that any benefits only apply to drinking in moderation.

This means you must stay within the recommended limit of 14 units a week – and remember that it’s a limit, not a target. It also means you must spread these units across the week. Drinking all 14 units in one evening is not a healthy drinking habit.

We also know that everyone’s body reacts differently to alcohol. For this reason, it will never really be possible to provide one set of guidelines that works for everyone.

What does all this mean for you?

Discovering the impact of alcohol on your body means you now have the knowledge needed to make an informed decision about how much you drink.

As well as the short and long-term consequences of drinking more than 14 units a week, you’ve learned that:

Power of the Brain

Want to join the discussion?
Feel free to contribute!